How much do you know about your pet and rabbit anatomy ? You might know the basics – they have big ears so they can hear predators coming, big legs to help them hop away quickly, and big front teeth to help them chomp down on grass. But what about their muscles, skin, sensory organs, and digestive system?

As a rabbit owner, you should have a deeper understanding of how your bunny’s body works, and rabbit anatomy in general. You’ll know better how to take care of your pet and can watch for signs that something’s off. In this guide, you’ll learn everything you need to know about rabbit anatomy.

Rabbits are born hairless, with their eyes closed and the inability to regulate their body temperature. They must be cared for by their mothers until they’ve developed enough to venture outside their burrow. Baby rabbits are like most domestic mammals – they shouldn’t be adopted until they’ve aged a little. At the minimum, rabbits should be at least four months old when adopted, but six months is preferable. Bunnies can’t be spayed or neutered before six months, and it’s best to adopt them after this procedure is done.

Compared to dogs, cats, and other pet species, rabbits have delicate skin. It’s protected by a thick coat of hair. The thickest covering of fur is over their hind toes and metatarsals. Because their skin is so thin, it’s important to be cautious when trimming their hair, using very fine blades on a pair of electric hair clippers. Rabbits shed their hair four times per year and engage in self-grooming. They ingest fur whilst doing so, which can cause digestive problems if they consume too much. You should brush your bunny regularly to prevent the buildup of excess fur.

Rabbits don’t have footpads. Instead, thick fur covers the bottom of their toes and metatarsals. You shouldn’t clip any of your bunny’s hair from these areas, as it can cause pressure sores on their feet. Rabbits also have sharp claws, which they can use to scratch if they’re picked up improperly.

Rabbit tails are also called scuts. Tails are one of the most fragile parts of a bunny’s anatomy, as they can easily fall off. Rabbits won’t lose their tail naturally, but you might full it off unintentionally if you’re not careful. Bunnies can also bite off their own or other rabbits’ tails.

In the wild, rabbits use their tails to alert each other to danger. Pet bunnies’ tails, however, are purely decorative. You should still handle your rabbit’s tail with care, though. If your rabbit’s tail comes off, it will be painful for your pet and cause profuse bleeding. Rabbits might bite their own tails off out of boredom, stress, because of parasites, or for a lack of dietary fiber. You can prevent your bunny from biting off her tail by looking after each of these factors and ensuring your rabbit is well cared for.

Rabbits’ ears account for a significant portion of their overall body surface – they’re a distinguishing feature! Rabbits use their ears to detect faraway sounds, like radar dishes. They also play a vital role in regulating your bunny’s body temperature. Their large ears are full of small blood vessels and by pumping blood to their ears, they can release body heat. This function also makes a rabbit’s ears very sensitive, so you should never grab a bunny by her ears.

Rabbit eyes are large, which gives them near 360-degree vision. Their eyes help them stay alert to danger. The only spot rabbits can’t see is directly under their nose – which means they can’t see what they’re eating! Bunnies rely on their lips and whiskers to be able to identify food up close.

Rabbits have an excellent sense of smell and their noses can twitch up to 150 times per minute. When she’s relaxed, however, a rabbit’s nose will stay still. Like many other features on a rabbit, the nostrils are very sensitive and should be handled with care.

Rabbits have muscular hind legs which are much longer than their forelegs. By putting force on their hind legs and running on their toes, rabbits can move quickly.

Rabbits have delicate necks compared to other domestic pets like cats and dogs. You should never put a collar on your rabbit, especially not if it’s attached to a leash. If you want to take your rabbit outside and keep her secure, fit her with a harness and leash instead.

The heel of your bunny’s foot is called the hock. It’s a small, pale pink area right at the tip of the heel, covered by fur. A common issue with rabbits is sore hocks, or pododermatitis. The bottom of the rabbit’s foot will become inflamed and infected. Sore hocks can be caused by your rabbit standing on wire mesh cage flooring or your rabbit carrying excess weight. Poor hygiene, damp bedding, and excessive thumping also lead to sore hocks. Some breeds, like the Rex, are more susceptible to sore hocks than others.

Do bunnies really reproduce as often as we think? With short gestation periods of about 30 days and receptivity to mating every 14 out of 16 days, yes they do. Rabbits reach sexual maturity at about four months old. For giant breeds, it’s between six and nine months and for small breeds, it’s about three months.

If you’re trying to breed rabbits, then you should pay attention to their mating cycles. You can tell when a female rabbit, or doe, is ready to mate by her genitals. Her vaginal area will be red and moist. When she’s not ready to mate, the area will be whitish pink with almost no moisture. About 12 days after breeding, you can feel the doe’s abdomen for grape-sized embryos to determine if she’s pregnant. Pregnancy will last 31 to 33 days. If it’s day 32 of your doe’s pregnancy, you will likely have to take her to the veterinarian to induce labor.

Male rabbits have a short, backslanting penis that points forward when erect. Their testicles descend when they’re about two months old. The onset of puberty varies from breed to breed, however. For New Zealand White rabbits, for instance, it’s 32 weeks.

Does don’t release eggs for fertilization unless they’re approached by a buck. They can mate starting at 10-12 weeks old, but won’t be able to ovulate at this time. Puberty for female rabbits depends on breed and body development. Experts don’t recommend breeding a doe until she reaches 80 percent of her mature body weight.

The rabbit digestive system is sensitive and requires a delicate balance for them to absorb the nutrients they need. The digestive system starts with a bunny’s mouth and teeth, when she ingests food. After that, food moves along the gastrointestinal tract, which makes up about 10-20 percent of a rabbit’s body. Rabbits process and eliminate their food as quickly as possible, permitting them to stay small and light so they can run away from predators. Rabbits also have a high water intake compared to other domestic pets, like dogs.

Rabbits have small mouths, but due to the size of their jaws, their mouth opening appears bigger. When they eat, they can move their mouths forward, backward, and vertically, but not from side to side.

A bunny’s teeth should be cared for by feeding a proper diet. Rabbits have two types of teeth: cheek teeth and incisors. There are 22 cheek teeth, near the back of the rabbit’s mouth. They have deep grooves that help bunnies break down fibrous plant materials. Rabbits use their incisors to slice their food before the tongue moves it into the mouth and the molars (part of the cheek teeth) grind it up. A bunny has two incisors on top and two on the bottom. Behind these are two peg incisors. In total, rabbits have 28 teeth.

Rabbit teeth are elodont, meaning that they never stop growing. For some rabbits, all it takes is munching on the right materials, like grass or straw, to keep their teeth trimmed down. For others, you might have to visit a vet every few months to have their teeth trimmed.

Rabbits have a two-part digestive system. In the first stage, food moves into the stomach where its broken down, then on to the lower digestive system. The fiber is removed and turned into fecal pellets, or rabbit droppings.

In the second stage of digestion, all of the liquid and non-fibrous materials that were broken down by the stomach move into the caecum. The caecum is a fermentation tank where bacteria help activate the nutrients from the plant materials. It’s then released as pellets called cecotropes, which the rabbit will consume to get the most nutrients possible from her food. This process, whereby rabbits eat their own poop and digest it a second time is called hindgut fermentation. It’s an essential part of digestion for rabbits to get the nutrients they need.

Rabbit anatomy is complex. Many of their body parts and bodily functions are delicate and must be cared for properly. Knowing the basics of rabbit anatomy, including their origin and various breeds, is beneficial to pet owners. With deeper knowledge of your furry friend, you can keep your bunny happy and healthy. 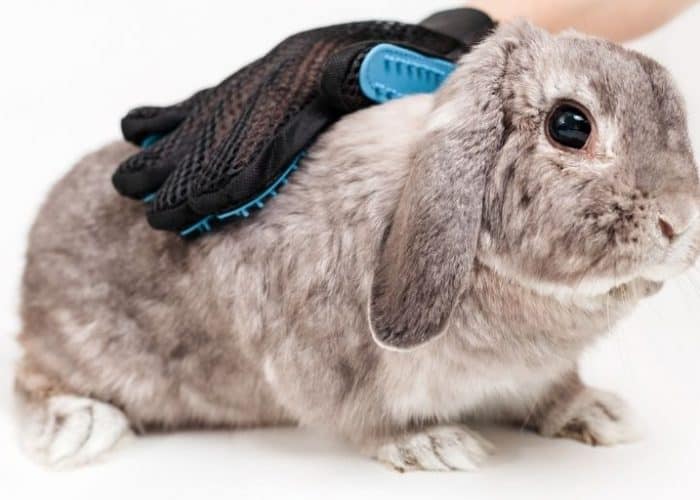 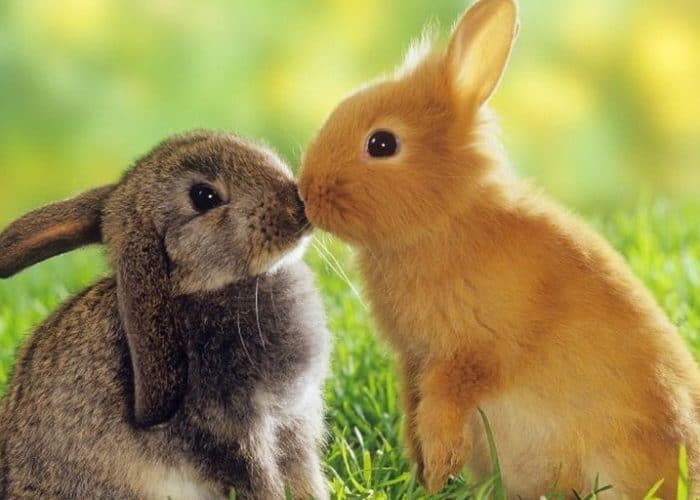