Guinea pigs are a domesticated species of rodent that make wonderful pets. Relatively easy to care for and full of character, they are the perfect pet for children or first-time pet parents and our site is full of useful information, facts and tips to help you on Guinea Pig Journey

But to start you off, here are a selection of Guinea Pig facts that you may not know.

They Originated from the Andes

Despite the name, they didn’t come from Guinea. Their origin is a bit of mystery, but one theory states that the name could be from the animal’s price in the 16th -17th century, one guinea. Alternatively, the animal appeared in the European market after being transferred via Guinea port, thus the name.

Also, it could be a result of Guiana’s mispronounced form, an area in South America where some guinea pigs were collected.

They are not pigs

The female guinea pig is referred to as sows and the male boars, but they are rodents and not pigs. Guinea pigs are also known as Cavy from Cavia porcellus. In Latin, the name Porcellus means little pigs, and their name is as a result of the pig-like squeaks they make.

They Prefer Being in Pairs or Groups

Although they enjoy human affection, guinea pigs are herd animals with extreme social needs, and it would be best to rear more than one. They love to chat with each other using various sounds like whistling, to show excitement or call a friend.

They have a long lifespan

With the right accommodation, proper nutrition, and regular checkups, a pet guinea pig can live up to seven years. The lifespan will highly depend on the environment and the quality of care. The oldest recorded guinea pig in the Guinness book of records known as Snowball lived 14 years and ten months.

They eat some of their Faeces

Guinea pigs defecate small pellets known as cecotropes and later feed on them to recycle the vitamin B and fiber. Those that fail to eat the poop may eventually fall ill.

They don’t always get along with rabbits

Although rabbits don’t compete with Guinea pigs, sometimes they can bully them. Also, they have different dietary needs, and if you feed your Guinea pigs the same food with the rabbits, they may get malnourished. Besides, keeping them together can lead to cross-species infections that may endanger your pets.

They mark their Territory

Guinea pigs spread their urines and feces all-round the cages and rub their cheeks and chins around their toys to scent mark the room and create a reassuring atmosphere.

They want to leave the room smelling familiar, and they also leave some scent secretions as messages understood by other guinea pigs. Therefore, you need to frequently clean up the cages and transfer back the old beddings after washing.

A Pregnant Guinea pig takes Around Two Months to Give Birth

Their pregnancy lasts between 59 to 72 days. If a guinea pig fails to give birth before the age of 7 or 8 months, it might experience a difficult pregnancy when bred afterward. After that age, the pubic bones get fixed into place, which can make the first birth experience a bit difficult.

They Jump When Excited

When happy, your guinea pig may hop in the air making a slick little movement known as popcorning. They jump straight up and down and then turn into approximately 90 degrees when on mid-air.

They bite to Establish Dominance over each other

A guinea pig will chew another’s fur or nibble other’s ears to establish dominance in their group.

They have an odd number of toes

A guinea pig has three toes on the hindfoot and four on the forefoot. They are thus great in burrowing and tunneling but deficient in climbing, and will only manage to go over low-pitched surfaces.

They rest for shorter periods and are more active during dusk and dawn. Guinea pigs stay awake for almost 20 hours, spending most of their time feeding, grooming, or exploring the cage. Therefore, you need to ensure a constant supply of water, food, safe hiding spaces, toys, and exercise areas with tubes to keep them busy.

Their Teeth are Constantly Growing

Guinea pig’s teeth continually lengthen, and you need to provide them with good quality feeding hay to keep the teeth worn down to the right length. It also helps keep their digestive system healthy.

Gnaw sticks will also help keep their teeth in great shape as well. 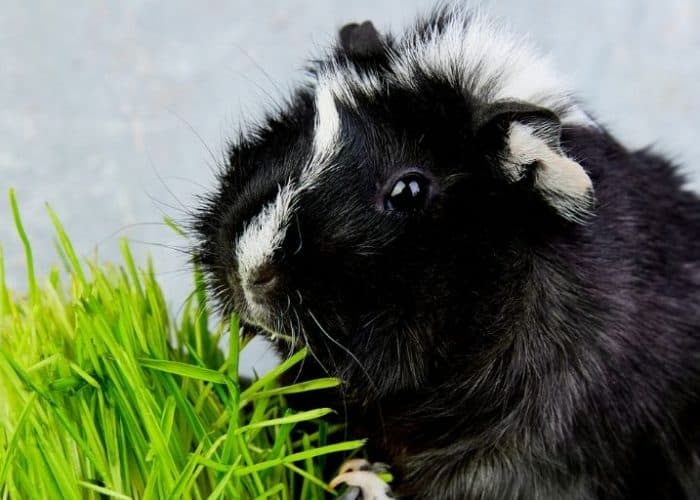