Dwarf Winter White Hamster – Everything you need to know

The Djungarian Hamster – Some Basics

Before you choose a pet, be sure you’re getting an authentic dwarf winter white – this hamster type is often hybridised and sold as winter whites. The breed belongs to the Phodupus genus and is variably described as follows:

The dwarf winter white hamster, or Russian Dwarf Hamster as they are also known as, is a hardy species, hailing from the meadow regions of Mongolia, Kazakhstan and chilly Manchuria in northern China.

During winter snow on the steppes, the wild hamsters’ coats turn white, acting as effective camouflage against hungry predators.

They can tunnel up to a metre in depth, with their ground burrows offering protection, shelter and secure nurseries.

In cold weather, the hamsters seal off all entrances to their burrows bar one and line them with foraged animal fur – these are clever little critters!

Think about a Syrian hamster, half its size and opt for a ball shape – that’s the size of dwarf winter white hamsters.

This hamster breed is notable for its distinctive oval appearance, compared to other hamsters. Specific size tends to average between 5cm and 7.5 cm. As mentioned, they share similarities to Campbell’s – they have the same chromosomal number – but consider several differences.

The dwarf winter whites have a distinctive nose profile, considered Romanesque/aquiline – in other words, these hamsters have a slight bridge across the nose. They also have beautifully soft fur, compared to the woollier texture of Campbell’s, and it also covers their tiny legs and feet. They are lovely and smooth to the touch and thus make a great pet. Fur colour essentially covers these 3 variants:

There is a further caveat to take note of regarding colour. If you see dwarf winter white Russian hamsters in other colours – for example, ‘mandarin’ or ‘mushroom’ – the chances are these are hybridised.

The dwarf winter white hamsters share a dark dorsal stripe with their Campbell’s cousins, but the stripe is more prominent, offering a strong contrast against the flanks.

The underbelly is white, although it’s important to note that this breed will not always turn white in winter.

Colour change tends to be triggered by decreasing exposure to light, therefore your pet won’t need to camouflage with the change of seasons.

This breed makes a very sociable pet – you can have same-sex pairs or little groups, a dynamic these hamsters seem to thrive in.
They must be in pairs/groups from the outset, as introductions at a later stage can cause conflict.
If you are keeping more than one of these hamsters together, note that they’re very vocal!
They will constantly communicate through a series of squeaks, as they establish a hamster pecking order.
It’s been observed that males tend to be less prone to conflicts compared to pairs/groups of female hamsters.
It is acceptable to keep a single hamster, but they will need lots of stimulation and interaction.
There are no hard and fast rules and regular observation is always recommended.

Female dwarf winter white Russian hamsters can come into oestrus as early as 3-4 weeks, with males fertile by 5 weeks.

Pregnancies last on average between 18-25 days and if the male is in the enclosure, it’s important he’s removed to avoid stress for the female – and multiple pregnancies!

The enclosure should be cleaned several days before she gives birth, as you shouldn’t disturb her while she’s caring for her litter. Litters usually average 4-6, although it is possible for up to 9 pups to be born.

Wild dwarf winter white Russian hamsters can survive on average up to one year, considering the dangers they encounter.

Captive hamsters are capable of living up to 2 years, based on premier care and diet. The key to hamster longevity is good nutrition and plenty of enrichment.

Considering the size and agility of these hamsters, aquariums are a safe and spacious option compared to wire sided cages. Opt for a tank with decent volume, ideally larger than 20 gallons, so your pet has lots of room for hiding, play and exploration.

The lid should be well ventilated and securely fitted. Provide up to 7cm of soft bedding to the base, avoiding allergenic shavings including cedar and pine.

Fill the tank with plenty of toys, including wheels, making sure structures aren’t too high to avoid falls. If you’re keeping more than one hamster, provide sufficient toys/wheels to reduce territorial spats.

For more information about Hamster enclosures, Here is our Guide to hamster cages

Proprietary foods are fine for your pet as long as they are specifically for hamsters – pellets for other rodents might not always suit hamsters.

Provide your critters with daily fresh water, and small pieces of fresh food including fruit, vegetables and whole grains.

However, some foods are toxic so it’s important to always check something out before you feed it to your pet. A few examples include:

Unlike other hamster breeds, dwarf winter white Russian hamsters are considered less prone to diabetes but it’s wise to be cautious and provide a minimal/no sugar diet.

That said, a little piece of fruit as a treat is fine, of course!

So you’re ready to embark on your dwarf winter white Russian hamster adventure, enjoying the antics and interactions of these highly sociable and tameable hamsters.

Often active during the day, they are best suited to older children and adults due to their delicate bodies and agility. They make an enchanting pet and it’s likely you’ll soon become hooked! 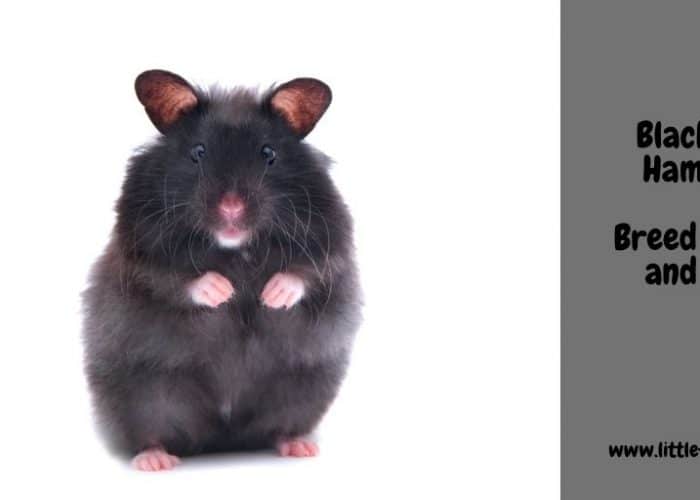